One Of The Best For Joining Monofilament Lines

A blood knot is one of the best bass fishing knots you can use when joining monofilament lines together. When you're adding more line to the line already on your reel for example.

It works best when joining lines of the same diameter. If you're trying to join lines of dissimilar diameters you will be better off using a surgeon's knot.

When learning how to tie fishing knots you will find the blood knot is not the easiest. However, with a little practice it becomes much easier and well worth the effort to learn.

An important consideration when tying the blood knot is to tie it with no less than five wraps on each side of the knot or you may encounter slippage.The following knot tying illustration should help in understanding this. 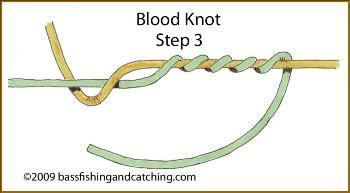 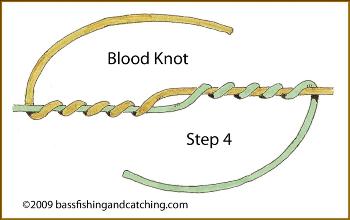 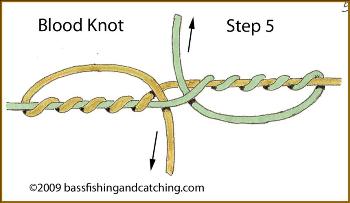