What is a Fishing Kayak?

Simply stated, a fishing kayak is a kayak that fishermen fish from. If you’re thinking, “Well that’s obvious”, understand that the great majority of people who own kayaks do not fish from them. A recreational kayak is to a kayak your fish from what a merchant marine transport is to a battle cruiser. A bass boat might be considered a battleship in this comparison. 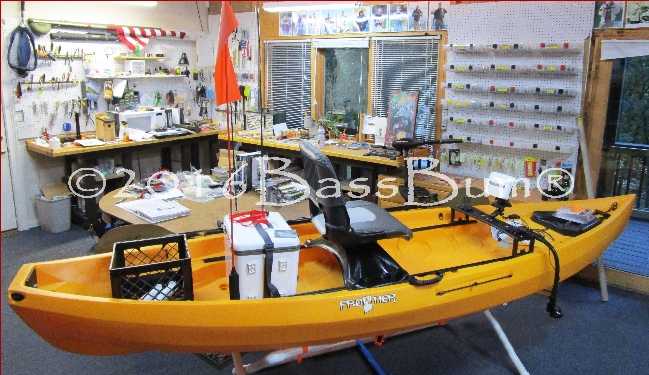 Nucanoe Kayak On It's Way to Being a Fishing Kayak

Bass boats, fiberglass and aluminum, continue to be the preferred platform for bass anglers but kayak fishing boats, rigged with many of the same tools that can be found on today’s bass boats, are carving out a significant place in the sport. For example, I’ve rigged my 12’ Nucanoe Frontier, which has at 41” the widest hull on the market, with sonar, a 55lb thrust Minn Cota trolling motor, an anchoring system, rod holders and tackle/gear box.

For those that prefer to stand while fishing “stand up casting bars” can be added and outrigger systems can be added for stability that matches that of a Jon boat.

I’m not advocating selling your bass boat if you have one. I still use mine for bigger bodies of water like Dale Hollow, Center Hill, Percy Priest, and Old Hickory Lakes. But my fishing kayak provides me greatly expanded fishing experiences in Tennessee’s rivers, streams and many state park lakes stocked with Florida strain largemouth bass.

What Makes a Kayak a Good Fishing Platform?

Because we bass chasers fish from a kayak we’re doing things recreational "kayakers" don’t. By that I mean we move around more by casting and retrieving either sitting or standing, swapping lures, switching rods, raising and lowering an anchor, paddling or working a trolling motor. We want to be able to move around, possibly stand when fishing and have the ability to recover, that is, have the kayak return to its upright position, after some unexpected disturbance that caused it to tip to its side.

All this dictates that the first consideration should be stability. As fishermen, we’re likely to have varying amounts of gear within arm’s length. Tip over and you may be saying goodbye to rods, reel, lures, cameras etc.

In the world of kayak stability there is “initial” or “primary” and “secondary” stability.

Another factor in stability is the center of gravity relative to where and how high you sit. The higher the seat the less stable will be the kayak.

The last is the width of the kayak. The wider the foot base the more stable the craft will be, even if you stand to fish.

Don’t let the uncertainty of instability in kayaks scare you off from trying this new way to chase bass. The more time you spend in one the more balance becomes second nature, like riding a bike. My Nucanoe Frontier is extremely stable due to its hull design and 41” width.

What about length? Kayaks intended to be a fishing platform will fall within the 10’ to 16’ range. Generally, longer, narrow kayaks, 26” to 29” wide, move through water rapidly with minimal paddling, but those designed for fishing, normally 30” to 41” wide, require significantly more effort to paddle. Gaining and maintaining speed can be a workout but they can be turned easily.

Where you fish dictates the most appropriate length and width for the nature of the water. Open water calls for longer kayaks as the requirement for quick, tight turns is minimal.  Traveling distance is more important. Creeks and lakes that have moving water and possibly numerous obstacles call for a kayak on the short end of the length spectrum.

Considering how much time you will be spending in your fishing kayak it is wise to get the best seat you can afford. Comfort is paramount.

If anything spoils a day fishing from your angler kayak it will be because you have an uncomfortable seat. Your seat should provide you with back support. If it doesn’t you may find yourself spending less time on the water than you had intended. Nothing worse than an aching back while fishing then scream when you get out of bed the next morning. 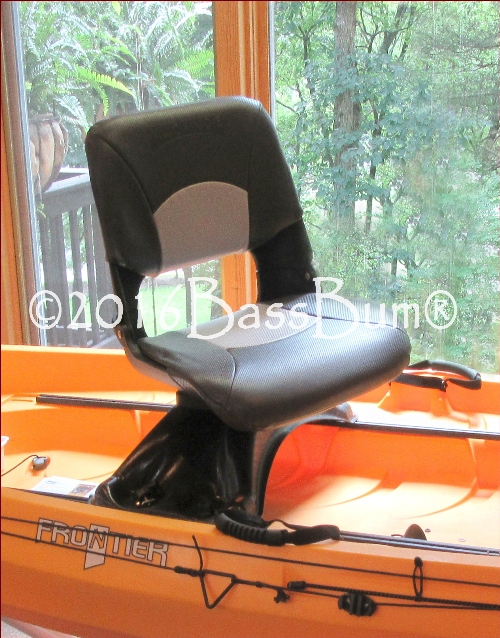 The seat’s back should provide support and the bottom comfort. It’s a fact that most seat bottoms are not that comfortable though manufacturers are moving rapidly to change this. It’s a good idea to look for a seat cushion to reduce the discomfort, especially if you have a skillet ass like me. No built-in padding, know what I mean?

When considering a seat take into consideration your height, weight and age. A 25-year-old will require a different level of comfort than a 65-year-old. The taller and heavier you are the more support you will need for an enjoyable day on the water.

You’ll find a fairly wide selection of after-market seats for SOT kayaks and their comfort levels continue to improve.

Maneuverability is defined as the ability to make a controlled series of changes in movement or direction toward an objective.

Much is said about the importance of the maneuverability of a kayak though its importance is really relative to the situation.

Moving around an open body of calm water does not require a high degree of maneuverability. But if you’re fishing in a small creek or a river that has a lot of “lay-downs” and large rocks along with steady moderate current or are in an open water area where you encounter strong wind and/or current maneuverability is a very nice trait to have in your kayak. 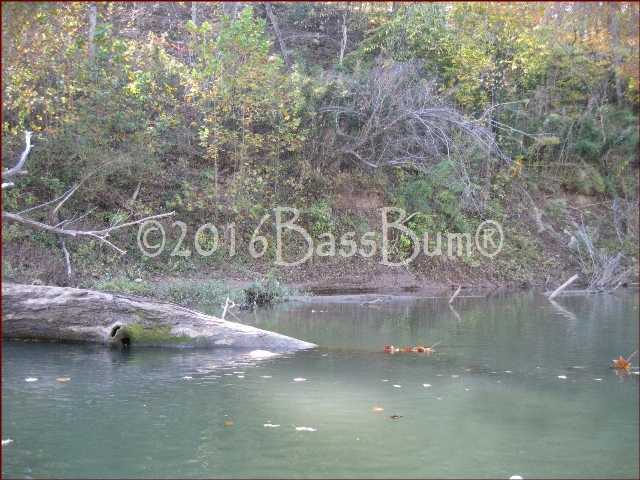 River Laydown - More is Below the Water Than Above

Long kayaks, those over 12’, are better at keeping track and are easier to paddle over long distances, but score poorly on the maneuverability test.

Tracking refers to the degree to which a kayak will move forward in a straight line or be pushed to the right or left with an opposite stroke of the paddle.

It is important to note that the reason a kayak tracks true, that is, straight, or to the left or right as you paddle, is the result of how you paddle rather than the design of the craft. Stroking correctly and the power you put in the strokes are the inputs that determine if the craft will go straight. All things being equal, if you’re paddling by applying equal pressure on each side, you will move forward in a straight line, especially if the kayak is 12’ to 13’ in length.

I said all things being equal. If you have loaded cargo out of balance, are not sitting centered or if there are waves, current or wind paddling with equal side power becomes ever more difficult.

The subject of paddling is covered in more detail in another article in this site.

Make your fishing kayak your personal bass fishing machine. There are hundreds of fishing specific accessories with which you can equip your kayak. Just a few of those are below.

Return to Bass Fishing and Catching from Fishing Kayak