When Over Pressured Bass Lock Their Jaws, It's Time To Unlock This Rig 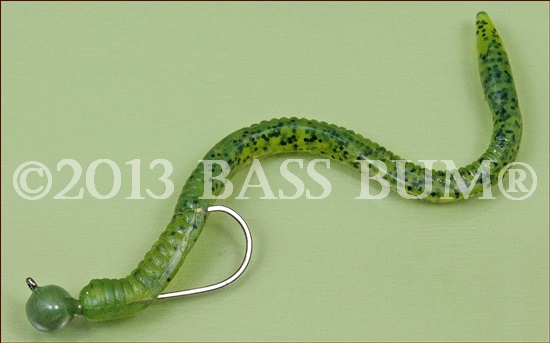 The shaky head rig couldn't be more simple. Nor could how it is fished. Yep, you guessed it. You merely "shake" it in place. Yet, when bass get tight-lipped for whatever reason this little rig has the potential of turning a disappointing day into one of success.

For me, the name of this rig, the shaky rig, always conjures up an image of those "bobble head" dogs, cats, U.S. presidents etc. that you sometimes see on the sundeck of cars. Do they make those any more?

Anyway, shaky heads are quite simply small lead jigs, like those shown below. These are combined with small plastic fishing worms to create a finesse jig lure most often fished utilizing light line (6-8lb test) on spinning gear. It's not new, having been around for many years, but it is newly popular with some new twists. It's intended to be fished slowly in such a way that it aggravates pressured, inactive, lethargic bass into striking. The hope is it will be seen by bass as a meal too easy to pass up.

What Makes A Jig A Shaky-Head Jig? 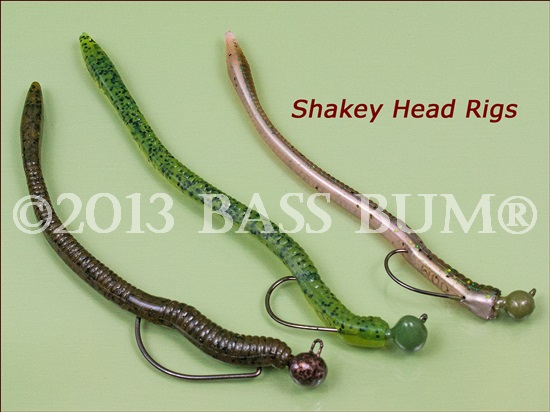 The Heart Of The Matter - The Jighead

The type jighead that is a shaky-head jig comes in many styles. But, just because it's called a shaky-head jig does not make it one. The jig must hold the worm upright not letting it bend over or flop over to the bottom like a wet noodle. Frankly, if you put many so-called shaky worms on shaky-head jigs and work them in an aquarium you will find many merely flop over toward the bottom. This is not the presentation you're looking for. You want the tail of your shaky-worm to be positioned upwards, away from the bottom. If it actually floats, and many do not, all the better. 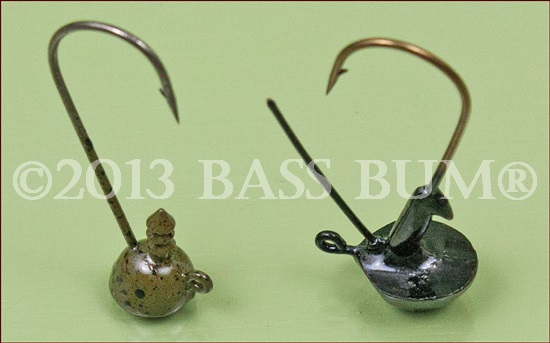 A plastic lure "keeper" of some design, be it a screw lock, barb, spike or some other device like those shown at right, and there are many from which to choose, is also an important part of shaky lead jigs. 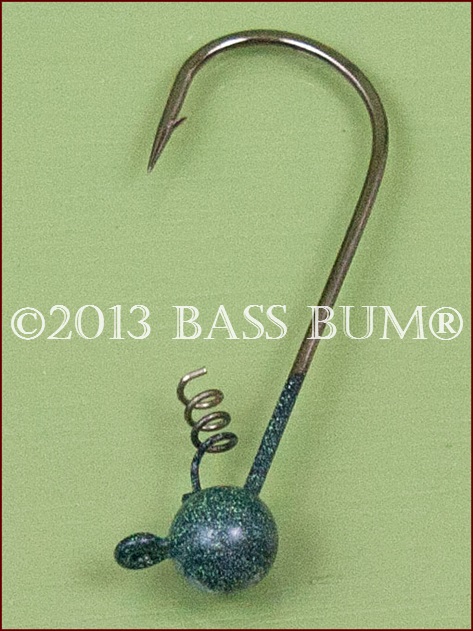 You'll have to experiment to find which works best for you. However, I've found the Strike King and Picasso styles work well for me. I must admit though, that my fat fingers have a difficult time screwing a worm on the small coil lock of jigs like the one at right. Once on, however, such keepers  perform well. 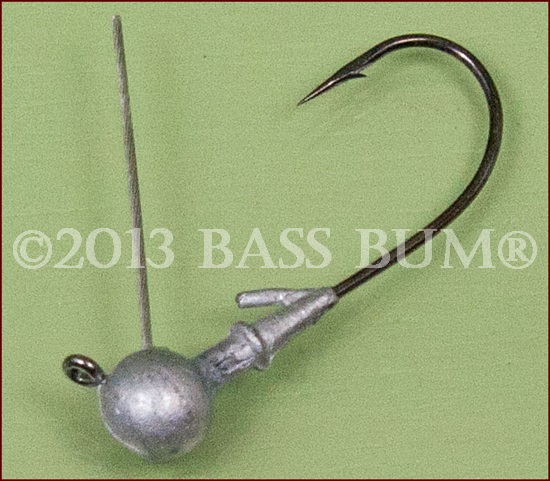 The Bite-Me jigheads at right are also a good choice for shaky head fishing, in my opinion. However, the one with the thin wire guard works exceptionally well for fishing slightly over sized single tail grubs. 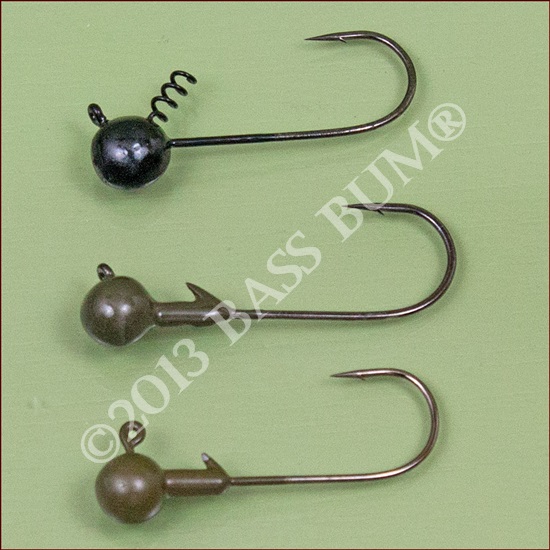 It is generally agreed by pros and amateurs alike that the line tie eye on a shaky head should be located very close to the ball surface if not right against it.

There is debate, however, over whether the tie eye should protrude from the ball head at a 90° or 60° degree angle. Some believe you get better hook penetration with less force when the eye extends at a 60°.

Additionally, there is some disagreement as to whether the eye tie should protrude from the ball head "in-line", that is in line with the hook, or "flat", perpendicular to the line of the hook. The overwhelming preference is for "flat" at an angle of 60°. Why? Because the line on a 60° flat eye maintains a constant tension point, unlike a 90° "in-line' eye tie. In the case of the latter, it's thought that the knot can slide around the eye till it lodges against the ball head. In this location the line is in line with the worm and tends to reduce any shaking action imparted by the angler via his rod.

The hook type should be a thin or light-wire hook which will cause a bass to hook itself as you begin to "reel up" after you feel the fish. By steadily reeling you will load the rod and by concurrently sweeping your rod you will cause the thin-wire hook to penetrate the bass' mouth. No hard hook-set required here.

As with many things in bass fishing there is more than one school of thought on shaky head size, or weight to be more accurate. There are those who feel smaller, lighter is better and another group that feel too light means translates into an inability to properly "shake" the rig. They prefer shaky heads in the 1/4 to even 1/2 ounce category, especially if fishing it in deeper water.

Generally speaking the jig size used is determined by the depth of water being fished. The shaky head is at its best in 5-15' of water, though many do fish it deeper. Popular sizes range from a small 1/16 ounce up to a 1/4 ounce round ball or football jighead.

The smaller sizes, 1/16 oz, 3/32oz and 1/8oz are considered best for creating the most "natural appearance" when being shaken on the bottom. However, if the jig is too light it will be difficult to keep it in one place while shaking it. The very act of delicately working the jig can pull the lighter jig off the bottom.

The presentation you want is that of a creature nosing around on the bottom looking for food and stirring up silt and mud in the process. You want your jighead to remain in contact with the bottom. But it must not be so heavy that it dulls the action by absorbing the "shaking" energy traveling from your hand, down the rod and line to the lure.