The practice of engaging in moon phase fishing based on calculations derived from a moon phases calendar reminds me of a Mark Twain quote:

That's sorta the way I feel when I poo poo the whole moon phase fishing thing and the use of a moon phases calendar. But I can't help it. After fifty plus years of scientific studies there is no evidence that lunar influences have any statistically significant impact on fresh water bass catches. Now you will notice I said "statistically significant" impact in "fresh water".

There is ample evidence there are lunar effects on worms, crustaceans, sea turtles and numerous other of natures creatures. But there remains little scientific evidence that the waters in which largemouth bass or smallmouth bass live, or the bass themselves, are directly impacted by any natural or mystic lunar influence. Many fishermen, myself included, and guides place absolutely no value on the moon phases and peak solunar fishing times. Spending time and energy with a moon phases calendar is in their opinion a complete waste of time.

In light of this I find it interesting that this subject continues to have such an incredible amount of information written about it. There are so many articles on the internet, so many studies conducted about it, so many moon phase fishing systems for sale and so much folklore and anecdotal information about it that it will make your head explode.

Nevertheless, there are anglers that swear the monthly moon phases have a real affect on bass and incorporate a fishing lunar calendar in their angling schedules. Given this, it's only right that this site provides its readers with information upon which they can draw their own opinions. But I'll limit it to the basics of the theory.

So what are the moon phases? Assuming you have probability not been living underground all your life, to suddenly emerge to visit my site, you know the moon revolves around our earth. These phases relate to the positions of the moon and sun in our sky and the amount of lighted surface of the moon we see throughout its month long trip.

As the moon travels around the earth it rotates on an axis as does earth. However, since it rotates at the same rate that it revolves around the earth, 27.3 days, we always see the same side. So the same side is always facing the sun. So we see eight stages of a greater or lesser amount of its bright surface depending on the angle . Four of which are considered to be "primary" phases. These eight are:

If you're of the same mind as I relative to moon phase fishing for bass this is where I would say..."OK, thanks for the explanation but so what?"

The "so what" follows so bare with me. Now, let's look at "daily" moon phases, or periods.

The basis of the theory upon which moon phase fishing lies is the concept of gravity and the interaction of the earth's and moon's gravity on one another and the creatures of earth. The affect varies in intensity depending upon (1) the distance they are from each other and (2) the location of the moon to earth and (3) the monthly phase of the moon.

As the earth rotates and travels around the sun and the moon revolves around it each day, there are four specific times each day when the affect exerted by the moon and earth on one another is greatest or least. Additionally, this magnitude of influence varies depending on the lunar phase at any particular time. The four daily "periods" are:

It is at these four times each day, which occur approximately six hours apart and at different times each day, that the theory proposes the bass bite is at its peak and moon phase fishing advocates covet. The periods where the moon is directly above and directly below the angler being the best of the four. You'll have to get a moon phase calculator calendar to nail down these periods in your geographic area.

Moon Phase Affects on Bass - So They Say

Anyway, according to the lunar influences theory, bass are more active and feed more aggressively for approximately 90 minutes around each of these four periods. Why? Because they have somehow maintained an ancestral memory of tidal feeding from their ancestors who evolved in marine (ocean) waters. In the oceans the rise and fall of tides did, and does in fact, affect feeding as the moving water impacted the location and movement of forage. The forage moves so move their prey. Anyone who has fished tidal waters know this to be a fact.

These periods do not occur at the same time each day for every location as the lunar day is 25 hours meaning the moonrise occurs about one hour later each day. Additionally, they are also more or less intense depending on the phase of the moon at the time. The force of gravity at these four times has its strongest impact on living creatures. It affects insects, minnows and plankton so goes the theory. By affecting these in a way that affects their movement it affects the behavior of their prey. I have to admit, this does seem logical as we all know that if you want to find bass find their food.

Based on the theory of lunar influences the following are some of the best times to engage in moon phase fishing:

Fishing by the Moon?

If you're interested in trying your hand at moon phase fishing and timing your fishing to coincide with the cycles of daily and monthly moon phases, you can find a gazillion different versions of a moon phase calendar on the internet. As you might expect they're all packaged a little differently and each offers a slightly different twist.

As for me, to put forth a theory that is based on an ancestral memory of a freshwater bass seems a bit of a stretch to me. I'm just saying. We're talking land locked freshwater lakes and rivers that are far smaller in size than our oceans. No tides. Any current we encounter is the result of the flow of the river or that resulting from the pulling of water by dams. Neither follow the clock of the moon. Sure, largemouth and smallmouth bass follow the forage too but the movement of forage and feeding of landlocked freshwater bass seems to turn on many reasons besides the phases of the moon.

Practicing moon phase fishing may actually produce more fish for you. Don't know. But I do know that water clarity and temperature, cloud cover, barometric pressure, presence or absence of current, length of day, rain, no rain and numerous other factors impact whether bass are feeding or not. Regardless of the moon phase of the day. 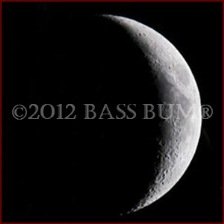 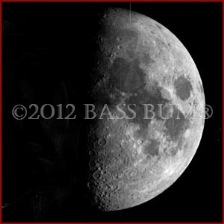 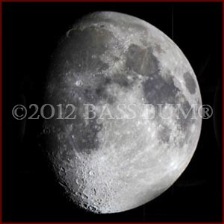 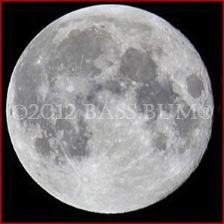 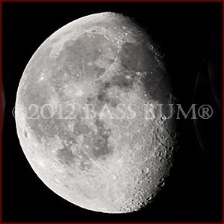 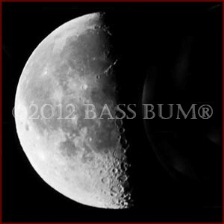 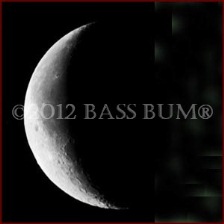 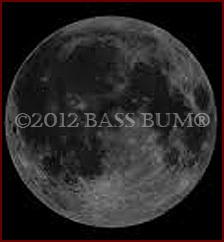