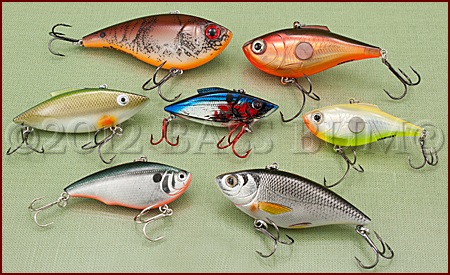 The diamond shaped, vibrating, lipless crankbaits are one of the many freshwater fishing lures that stand out as consistent bass catchers.

What Is A Lipless Crankbait? 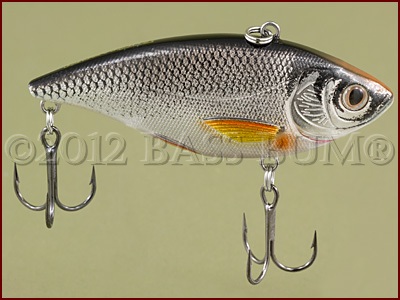 What's So Good About Lipless? 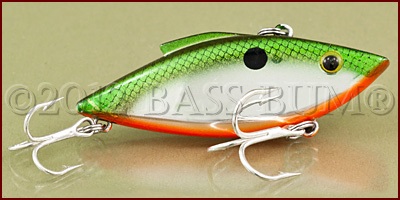 In the late 1960's, though Cotton Cordell already had the lipless "Spot", Bill Lewis designed and introduced the lipless Rat-L-Trap. It rapidly became a huge seller for one simple reason, it caught bass.

Over the years the initial design, as seen in the picture above, has evolved into versions that have bills, suspend, float and even have spinners on them. Nevertheless, the "oldie but goodie" original design remains a bass catcher every angler should have in their tackle box.

Other Lipless Cranks Work Well Too

Today, most every hardbait manufacturer produces its own version. They come in a variety of sizes, shapes and colors. They also provide the angler a lure that mimics a baitfish, is flat-sided and vibrates on retrieve. 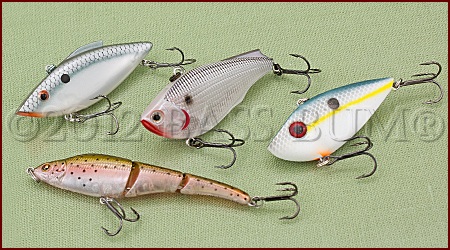 Earlier I pointed out design features that make fishing plugs lipless crankbaits. However, in the recent past new shapes of these lures been introduced.

Lure nose shapes are now offered in a "rounded" style and bodies are more rounded as well. Take for example the Strike King "Redeye Shad" and the YoZuri RattlnVibe above. Some, like the Sebile Magic Swimmer above, are considered by some to be "swimbaits", though I fish it, successfully, as I would a crankbait. So to me, it's a lipless crankbait too.