An old standby among fishing knots, the Improved Clinch Knot is an easy knot to tie which probably accounts for much of its popularity. It's good for tying line to hooks, swivels, lures and even flies.

It is effective when tied with lines of a maximum 30lb test. Even better, though, is to limit its use to line no greater than 20lb test. I wouldn't suggest using it to tie knots in braided line.

This line's forte is knots tied with thin, fine monofilament. A good knot when you're finesse fishing with light 6-8lb monofilament. 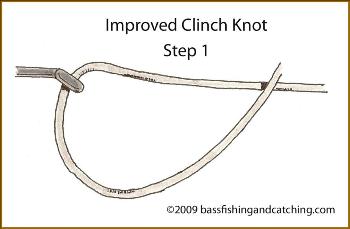 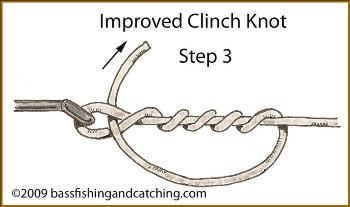 If you stop at step three by pulling the tag end tight then clipping off the excess you have a Clinch Knot. If you take the next steps, steps four, five and six, you move to what is identified as an "improved" version. 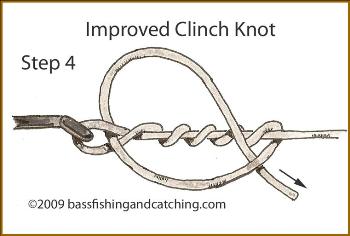 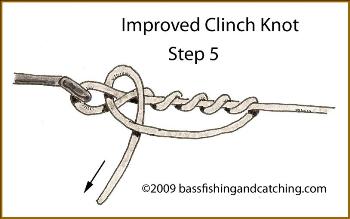 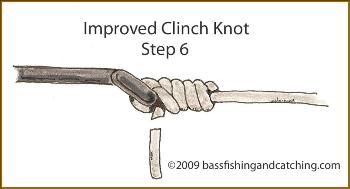 The Improved Clinch Knot could easily be considered a "general purpose" knot among fishing line knots, particularly for monofilament line. Though it is less strong than a Trilene or Palomar knot it remains strong enough to be the "go-to" knot of many fishermen.

Copyright © 2008-2019 Bass-Fishing-and-Catching.com All Rights Reserved Reproduction In Part or In Total In Any Format Is Expressly Forbidden Without Written Permission